For more than twenty years, we have been directing and producing documentaries as well as reports on various topics in diverse fields such as investigation, society, sciences, nature and environment which earned us awards several times. In order to combine our know-hows, we created our production company Apollofilm LLC in 2012. Since then, we have been developing film projects of international concern targeting the challenges of our time, and this from our headquarters in Strasbourg.

One of our main focuses in recent years have been the struggle for democracy and human rights in different countries, in particular in the major emerging countries like Turkey, Thailand, South Africa, Brazil and China. Through well-researched reports, partly filmed as undercover journalists, we are depicting the political and social situation among the countries concerned. Citizen movements exposed to repression or put under pressure by governments are to be found everywhere. But more and more committed citizens are fighting for their rights and aspiring for a brighter future.

Scientific, natural and environmental issues constitute a second key focus for our company. This doesn’t only result in productions for traditional television, but also, and increasingly, in cross-media films that we adapt to other platforms like the Internet or the virtual reality. Besides our requirements of producing films of high visual quality, of revealing the nature but also technology in a diversified, informative and aesthetic way, we wanted to tell captivating stories of humans overcoming today’s challenges with fresh ideas. 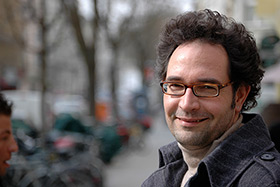 Alix François Meier began his career as a television journalist in 1990 at SPIEGEL TV. Since then, he has worked as an author, director and producer for private and public television channels, especially for the European culture channel ARTE. By nature, the German-Frenchman has a soft spot for France: from culinary forays to biographies of famous personalities to the discovery of unusual places, he also realises unusual topics with great passion.

Eberhard Rühle has explored and discovered many cultures. These experiences have contributed to his altruism, curiosity and commitment to human-linked causes. His films venture into unknown territories and tell the story of outstanding people who fight, body and soul, to uphold their beliefs and do not hesitate to swim against the current. Equipped with expertise and an unwavering composure, he knows how to manage risky film shooting. Using a hidden camera, he gains entry into human trafficking networks whether in Asia or the Middle East. 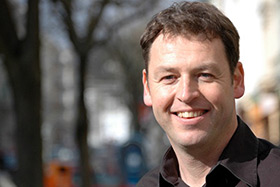 Michael Grotenhoffstudied theatre, film and television, journalism and politics.
He has always been concerned with digital developments, and so most of his films are about the digitalisation of society. He is equally comfortable with topics in the fields of environment, nature and sustainability. Michael regularly speaks at numerous international conferences on the development and production of cross-media projects. In addition, he serves on international juries, such as the Lovie Award and is a member of the German government's Cultural and Creative Industries Initiative. He is a producer and director of multiple award-winning transmedia projects and television documentaries. 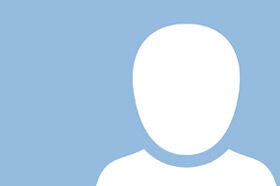 For 15 years Edgar Wolf has been making documentaries and television reports worldwide on topics in the fields of investigation, society, science, nature and the environment. One focus of his work is the fight for democracy and human rights worldwide, among others in Turkey, Iraq, Syria, Dubai, China and Brazil. For his documentary Dubai: Nightmare in Dreamland about the enslavement of Ethiopian and Filipino maids, which he realized together with 2 colleagues, he won the first prize at the international Humanity Explored festival.
Read more

... and here we are! A filmschool in Moria
The first documentary film by actress & musician Katja Riemann, will be screened at the HUMAN RIGHTS FILM FESTIVAL Berlin on 19 September at 8pm at Klick Kino and on 23 September at 6pm at Bufa. For her film, Katja Riemann travelled to the most famous refugee camp in Europe: Moria on Lesbos. Who knows that there is a film school there?
Read more

Deltas of the World: Amazon - Healing Tropics
The water-rich Amazon Delta is home to unique flora and fauna. This cinematographic voyage of discovery begins in the north of the delta, where the Tumucumaque National Park is the largest rainforest conservation area in the world. It then leads south across the Amazon and across the largest river island in the world, Ilha de Marajó, located in the middle of the delta, to the tropical city of Belém with its fascinating Ver-o-Peso fish market.
Read more

SAVE THE WILD
This three-part documentary series documents fascinating animal worlds and impressive landscapes and shows the effort that goes into saving endangered species and protecting their refuges. Only by working together can scientists, rangers and locals overcome the many challenges. They all know that without an intact environment, the survival of mankind is in question.
Read more

We use cookies on our website. Some of them are essential for the operation of the site, while others help us to improve this site and the user experience (tracking cookies). You can decide for yourself whether you want to allow cookies or not. Please note that if you reject them, you may not be able to use all the functionalities of the site.